I've been living in the Boston area since I graduated from St. Lawrence University in 2013. After graduating, I spent some time in the non-profit world. I started out as a teacher at the New England Center for Children, a residential school for children with autism, prior to becoming the Office & Database Manager for a small nonprofit organization, the LuMind Foundation, which focuses on raising funds for Down Syndrome cognition research.

I transitioned into the Web Development field in January 2015 and spent three months as a student in the Web Development Immersive at General Assembly. After finishing up GA's WDI course, I spent 3 years working as a front-end developer at Houghton Mifflin Harcourt before transitioning to DataRobot in October 2018.

During my free time, I love learning about the latest technologies and spending time tinkering on some side projects. Outside of that, I love spending time outdoors and exploring this pretty fantastic city. 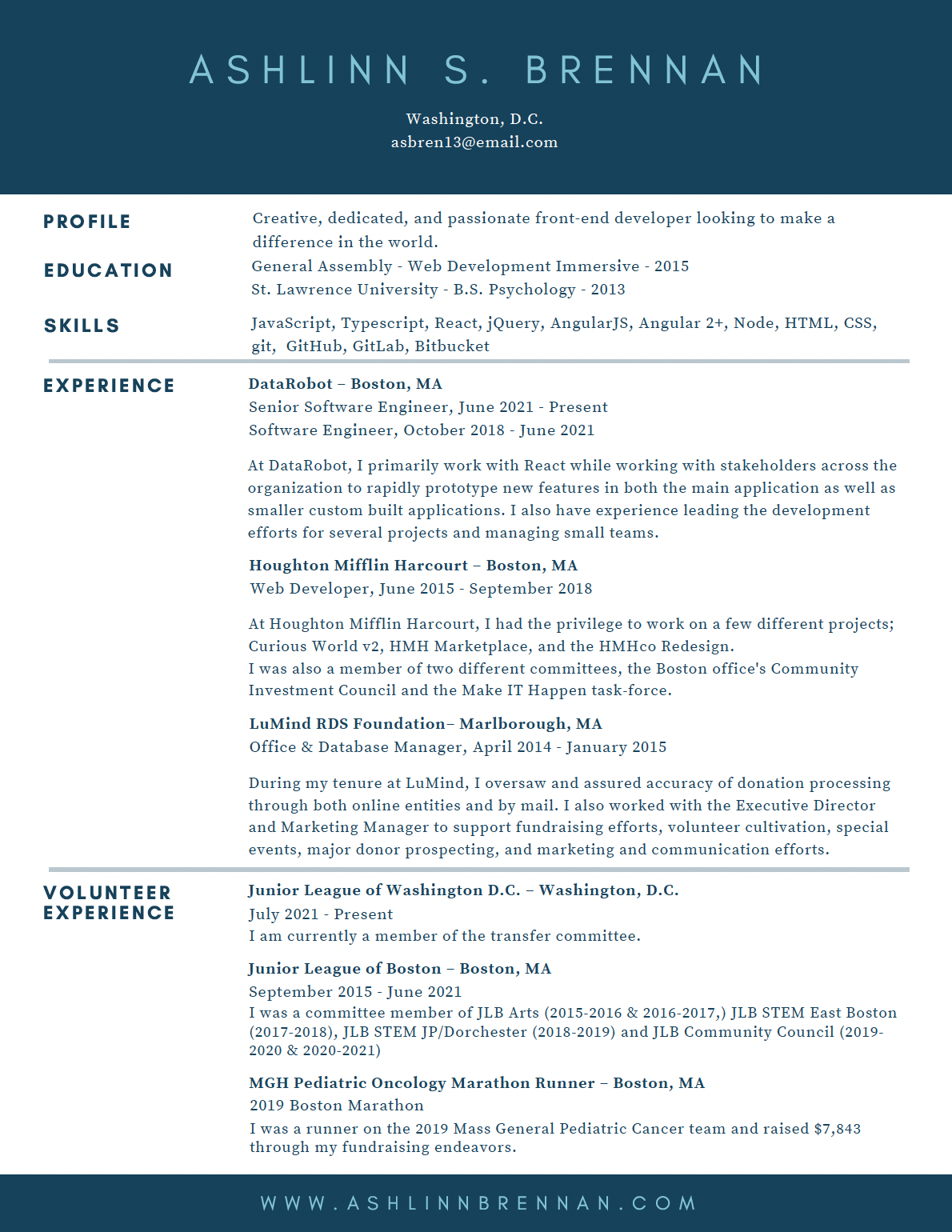 Fill out this form below to get in touch with me!